Type of Rental:  Point to Point Basis (Not on disposal basis).

Note:  The above-given transportation is on point to point basis as per the itinerary. Extra charges will be applicable for sightseeing other than mentioned above. 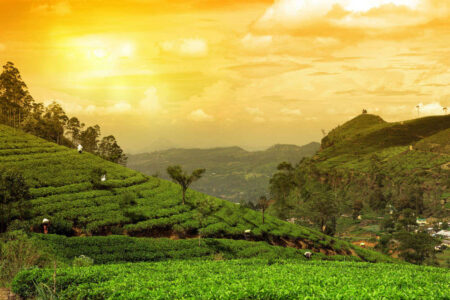 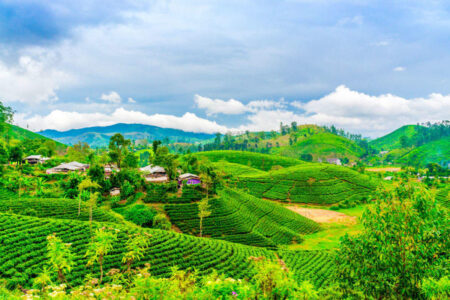 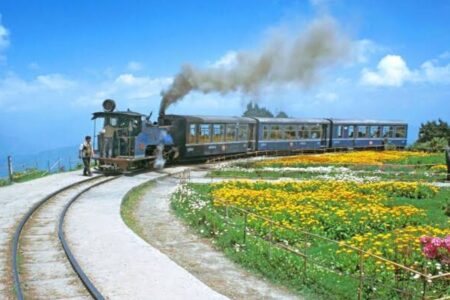 Welcome to the Cleanest State in India - Sikkim, and transfer to the capital city. As the aircraft lands at the nearest airport - Bagdogra [IXB], our representative waits outside to meet & greet on arrival at Bagdogra and drives towards Gangtok (Alt.5550Ft/1675M). The drive is about 4 hours following the most scenic way through the beautiful lanes of Sikkim along with the picturesque Teesta River.

On arrival Gangtok, check in to the beautiful view rooms of the hotel well equipped with modern amenities and sink into the soft bed to get off the exhaustion. In the evening, take a stroll in the neighborhood or enjoy some hot coffee sitting at the balcony while admiring the beauty of the place. Overnight at Hotel in Gangtok.
As the sightseeing ends for the day back to the Hotel, and evening is free to roam around the MG Marg where one can taste the Sikkim delicacies at local restaurants or spend some bucks in shopping handicrafts and other items. Overnight at Hotel in Gangtok.

As the morning sores in, the warm rays of the sun knocks through the window to give a startup call for the second day. Enjoy breakfast at the hotel in its peaceful surroundings, and load the bags with dry foods before leaving for a full day trip to Tsomgo Lake with Baba Mandir / Nathula Pass Excursion.

Tsomgo Lake (12400ft) - Also known as Changu Lake is an oval shaped glacial lake which is only 40 km from Gangtok City, and almost about 1Km in length with 15 meters depth. The name Tsomgo is made of two words in Bhutia Language 'Tso' means 'lake' and 'Mgo' means 'head' in a short 'source of the lake'. This high altitude lake is surrounded by snow-capped steep mountains and remains frozen during wintertime. As summer beings to step-in, the glacier melts and the lake gets its origin. The locals consider the lake to be sacred, and it reflects different colors with the change in seasons.
New Baba Harbhajan Singh Mandir - The Baba Mandir was built in the Memorial of Baba Harbhajan Singh or the 'Hero of Nathula', a soldier in the Indian Army. It is situated at a distance of 12Km from Tsomgo lake, and 52Km from Gangtok city. Baba Harbhajan served as a part of border patrol force, and in the year 1968 while escorting a mule column he felts on a fast-flowing stream and got carried away by the powerful water current. Soldiers found his remains after 3 days and cremated with full military honor along with a shrine on his Samadhi built as per Baba's wish, which he expressed through his friend post-death. The original bunker of Baba Harbhajan Singh is located further up near the Gnathang valley which is the Old Baba Mandir but because of its difficult terrain tourist can't reach there so they build a New Mandir for easy access. This shrine believed to have wish-fulfilling powers along with that Baba is still guarding the international border between India and China. On Sundays, a 'Langar' runs at the temple, which provides free meals to the visitors.

Nathula Pass - A major mountain pass in the Himalayas in East Sikkim district, which is a corridor of passage between India and Tibet before it was closed in 1962 but reopened in 2006. Located around 56 km from Gangtok at an altitude of 14450 ft, the road to Nathula is the highest motorable roads, passes through the Tsomgo lake, and requires an entry permit to visit. The view from this international border is breathtaking and allows the tourist to get a glimpse of China on the other side along with their Chinese militants. On a clear day, the road winding down the Chumbi valley can be seen.
(Nathula Pass is closed on Monday / Tuesday and Permit depends on weather condition). Overnight at Hotel in Gangtok.

The morning in hilly areas is always beautiful, with the glittering rays of the sun spreading its golden hues on the snowy mountains, the chirping of the birds, the murmuring river, and the floating clouds makes promise every day of a new beginning. After feasting on sumptuous breakfast it's time for Gangtok Local Sightseeing. Post breakfast, start for a tour in and around Gangtok. Visit -
Tashi View Point - Located in Tashi about 8 Km from Gangtok town built by Tashi Namgyal, which offers a panoramic view of Mt Kanchenjunga on a clear day. Binocular and Telescopes are mounted at the viewpoint which can get an unobstructed view of the mountains and forest on the opposite side.

Gonjang Monastery - The monastery is located 6 Km away from Gangtok near Tashi View Point. This monastery was established in the year 1981 and the founder is H.E. Tingkye Gonjang Rimpoche. He got recognition as an incarnation of Yolmo Terton Ngakchang Shakya Zangpo, a 15th-century Nyingmapa Terton. The monastery follows the Jangter tradition of the Nyingmapa school of Tibetan Buddhism.

Do-drul Chorten - The huge Stupa or monument built by the Venerable Trullshi Rimpoche, head of the Nyingma order of Tibetan Buddhism, in 1945. Inside the stupa, there is a complete set of Dorjee Phurba (Vajra Kilaya), a set of Kang Gyur relic (Holy Book), completes 'Zung' (mantras) and other religious objects. Around the Chorten, there are 108 Mani Lhakor (Prayer Wheels) all of which have mantras inscribed on them in Tibetan, and they consider this place as one of the important Chorten of Sikkim.
Namgyal Institute of Tibetology - It is considered as prestigious and renowned research institute of its kind in the world, NIT is a treasure of a vast collection of rare Lepcha, Tibetan and Sanskrit manuscripts, statues and rare Thankas (colorful tapestries used in Buddhist liturgy). Apart from an attractive museum, it has over 200 Buddhist icons and other prized objects of art along with a majestic image of Manjushri (Bodhisattva of knowledge and wisdom) brought from Tibet.

Hur Hurray Dara - Also known as the Nam Nang viewpoint, provides a breathtaking view of the lush green forests, and the beautiful valley. This serine area is less crowded, for which it is best for a morning or an evening walk with a pleasant view of the hills in the lap of nature.

Tsukla Khang Monastery or Palace Monastery - This monastery is located inside the complex of Tsuklakhang royal palace of the Chogyal's, the former rulers of Sikkim, and is the most accessible monastery within the city. Built-in typical Sikkimese style, there are exciting murals and images of the Buddhist pantheon.

White Memorial Hall - A two-storied structure with typical British architecture, the hall built in the year 1932. The hall gets its name not because they paint it white but as they construct it in the memory of Sir John Claude White, the first political officer of Sikkim. The hall has historical values and is on the Ridge.

Flower Show Hall - A popular permanent exhibition of Sikkim's diverse flowering fauna, near the White Hall, which holds the annual Orchid Show between March-June. This place is perfect to take photographs of the various colorful flowers and shrubs.

Gangtok Ropeway - One of the major attractions of Sikkim Tour is the cable car ride at Deorali. The ropeway has 03 entry points or stops with the lowest point being the Deorali market, Nam Nang as mid-point, and the highest point is at Tashiling. This is a standing ride for everyone that offers a panoramic bird's-eye view of the mountains, the valleys, the flowing river along with the mesmerizing view of the Gangtok city and snow-covered Mt. Kanchenjunga.

As the sightseeing ends for the day back to the Hotel, and evening is free to roam around the MG Marg where one can taste the Sikkim delicacies at local restaurants or spend some bucks in shopping handicrafts and other items. Overnight at Hotel in Gangtok.

After the blackness of night, Earth's star rises on the horizon, spreading her gold in every direction, to wake-up the dreamy city of Gangtok, to kick start the day. Get the tummy refill with heavy breakfast before leaving for 6 hours long journey towards Lachen 130 Km. Post breakfast, around 10 a.m. leave for Lachen via NH 31A. En-route visit Sightseeings :

Kabi Lungstok - It's a historic place, located on North Sikkim Highway. This is the where a friendship treaty between Lepcha Chief Te-Kung-Tek and the Bhutia Chief Khey-Bum-Sar was signed. A small stone pillar was built to mark the location where the treaty was signed.

Seven Sister Waterfalls - The name is given to this waterfall as it makes its descent in seven stages, before gushing down through the dense forest and hitting the rock. This magnificent fall on the way to Lachen is sure to allure the tourist with its beauty in a background of lush-green Mountain. To facilitate the tourists to savor the pristine beauty and to be with nature, the Tourism Department has set up a waiting shed and cafeteria.

Naga Waterfalls - Another picturesque waterfall in North Sikkim near the confluence of Lachen-Chu and Lachung-Chu at Chungthang. This the most scenic waterfall with the longest route and ice-cold water surrounded by forest in a peaceful domain. Lunch will be served at Hotel after reaching Lachen in the evening.

Lachen - The name Lachen means "Big Pass". Nestled at an altitude of 8838 ft in North Sikkim, this peaceful place is secluded far from the noisy city between Chopta Valley and Gurudongmar Lake. The small town is beautifully decorated with little hamlets in the background of the Lower Himalayas with their snowy cliffs and tall pine trees.

After check-in to the hotel, head straight towards the cozy room equipped with basic amenities and facing the beautiful green mountain. This remote place doesn't have much to offer the tourist except for its natural beauty, so one can spend the evening tasting some local Sikkim flavors while admiring nature. Overnight at Hotel in Lachen

For others, the arrival of a new day brings new hope and for explorers, a new day brings a new destination. As the golden hues of the sun illuminate the lazy town of Sikkim, with the birds joining for the get-up call fills the morning with their sweet melody to aware everyone morning has arrived. Enjoy the fresh morning from the balcony, with the jaw-dropping view of the mountains while sipping some tea. Post breakfast, leave for Yumthang Valley Excursion to Gangtok.

Yumthang Valley - Also known as the Valley of Flowers when the 24 species of Rhododendron blooms during May and the Valley full of Snow during winter. Shingba Rhododendron Sanctuary Spread over 43 sq. km through which flows the Yumthang River, it adjoins Lachungand Yumthang. The Sanctuary which is known for its abundance of Rhododendron shrubs and trees is rich in ground flora and other vegetation as well. The road leading to the valley follows a scenic way with cascading waterfall, and stream. This exotic location with hot springs, lazy yaks, and lush green meadows remains cold throughout the year due to the snow-capped mountains surrounding it.

Zero Point - The formal name of this Zero point is "Yumesamdong", Zero points Sikkim stands at an altitude of 15,300 feet (23 km's from Yumthang Valley) is the last outpost of civilization where three rivers meet amid a panoramic view of the snow-clad mountain and picturesque surrounding. Tourists with asthma are advised to avoid this place due to high altitude sickness because of the low oxygen level. Overnight at Hotel in Gangtok.

NOTE : VISITING ZERO POINT AT AN ADDITIONAL COST IS SUBJECT TO PERMIT AND ROAD CONDITION.

In the morning you can stroll about in the small hamlet around. Later on, check out and drive to NJP / Bagdogra for return journey, and cherish your holiday forever. 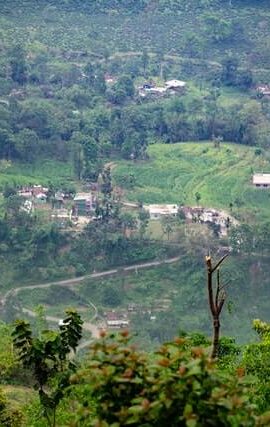 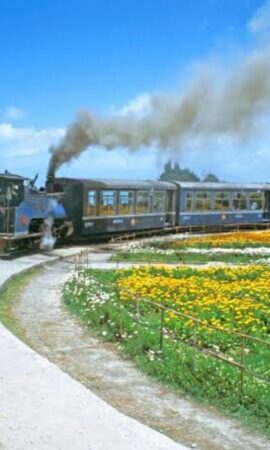 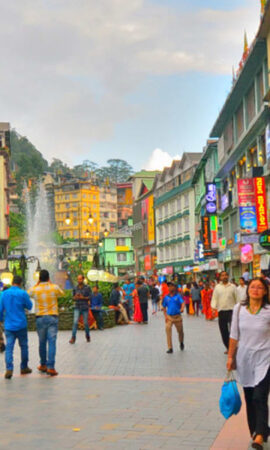 Thank you for messaging us